– the double house is oriented in the east – west direction
– the front section of the double house consists of a kitchen and a room
– the back section of the double house consists of a kitchen, a storage chamber and a room
– the front facade and the yard facade are coated with clay and painted with cream colour paint
– the southern facade is covered with short boards
– it has a stone underpinning painted in light-red colour
– it has double, two-wing, four-panel windows
– the house is entered from the yard, there is an extended gutter above the entrance
– it has a saddle, shingle roof with angled shields
– at the top of the front shield, there is a small rectangular window and a roof window
– in front of the house, there is a stone skirting, protruding from the facade
– on the southern side of the house, there are two brick chimneys
– there is a wooden shed behind the double house
– there are other farm buildings located in the yard

– the yard is separated from the street by a gate made of wooden planks
– the yard can be entered through a smaller wood-plank entrance gate and through a two-wing plank gate
– there is a saddle, shingle roof over the fence 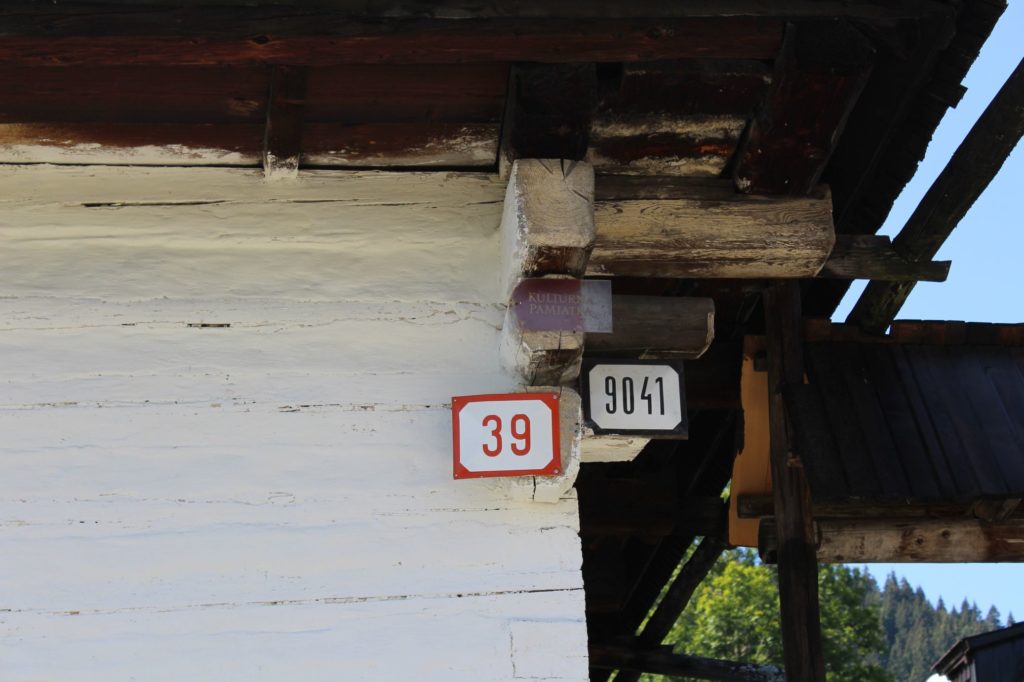 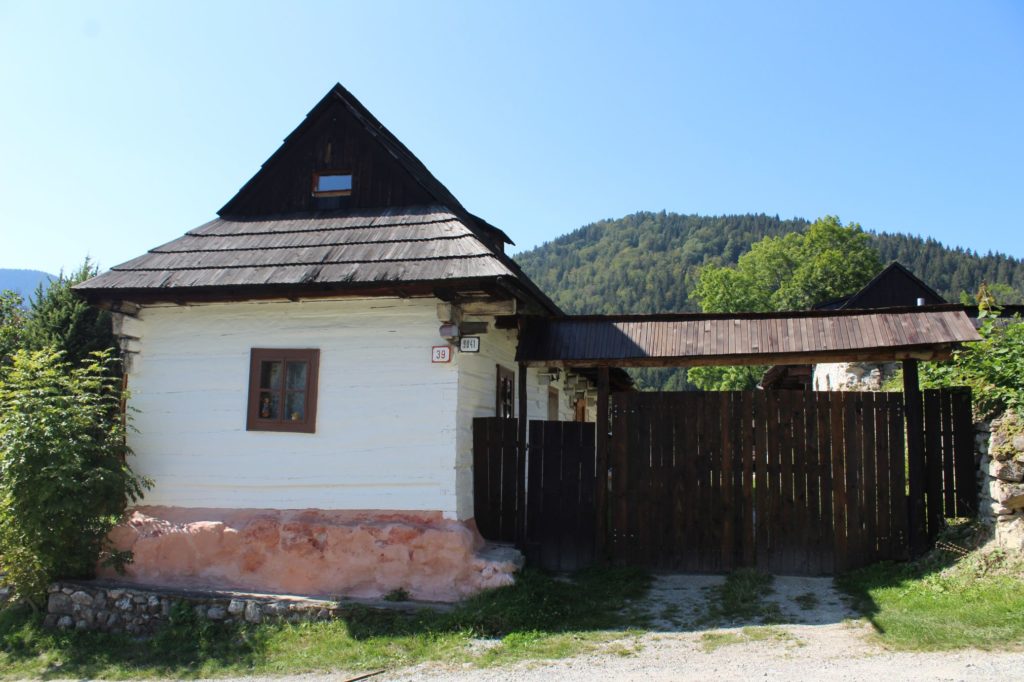 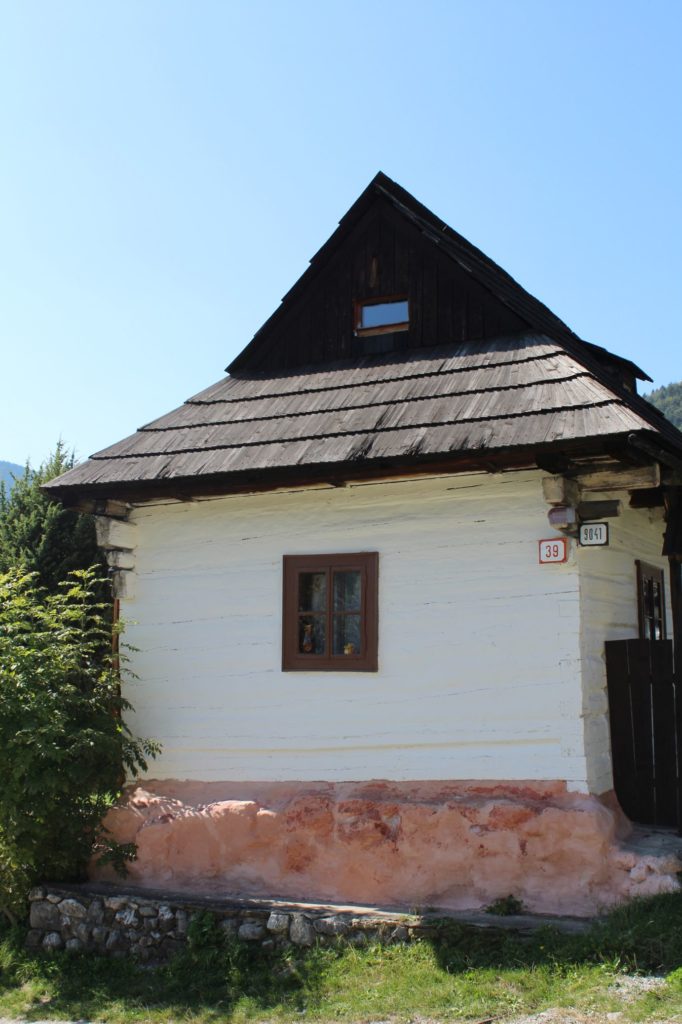 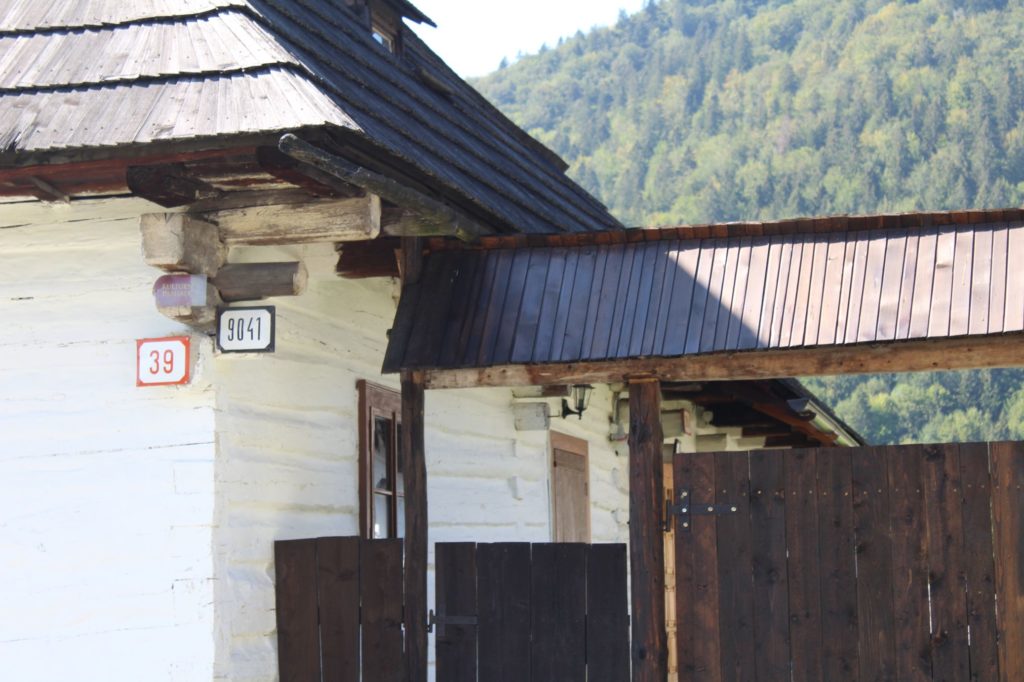 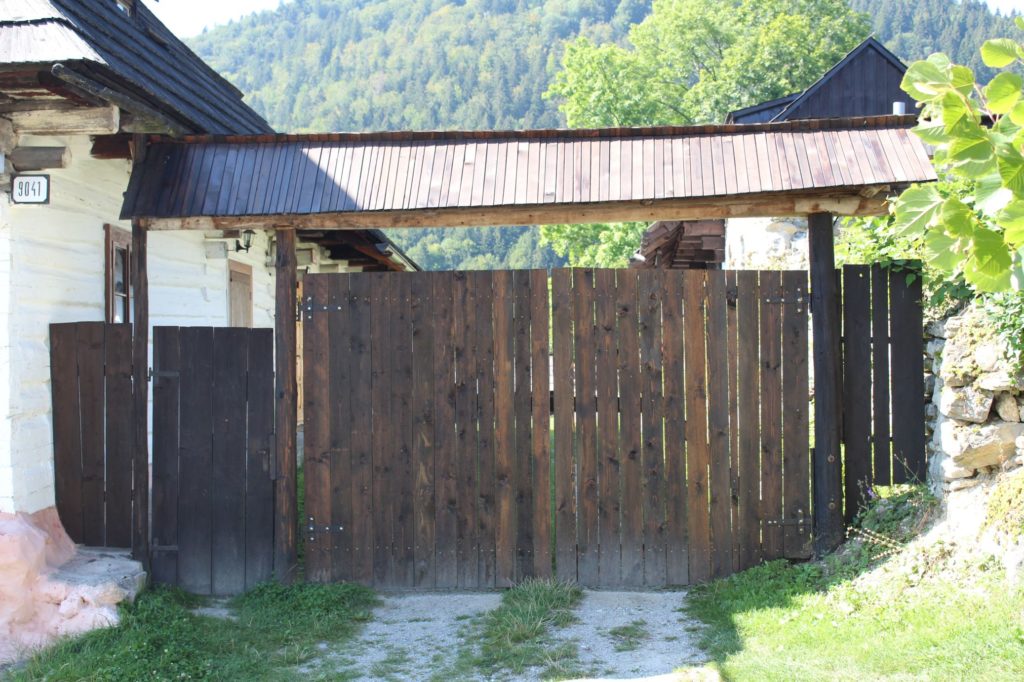 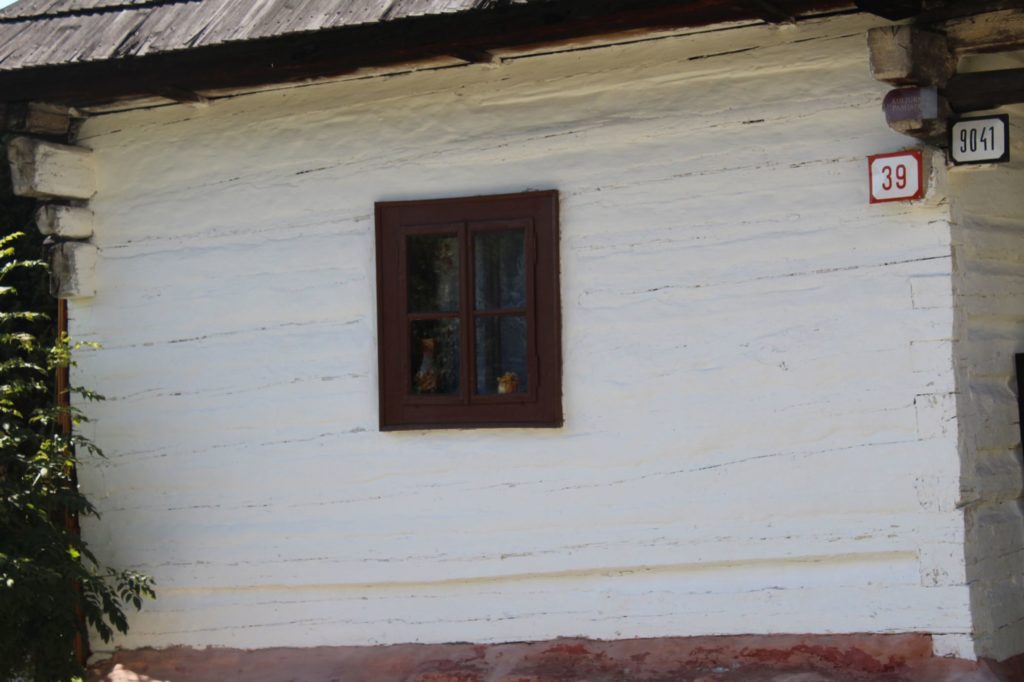 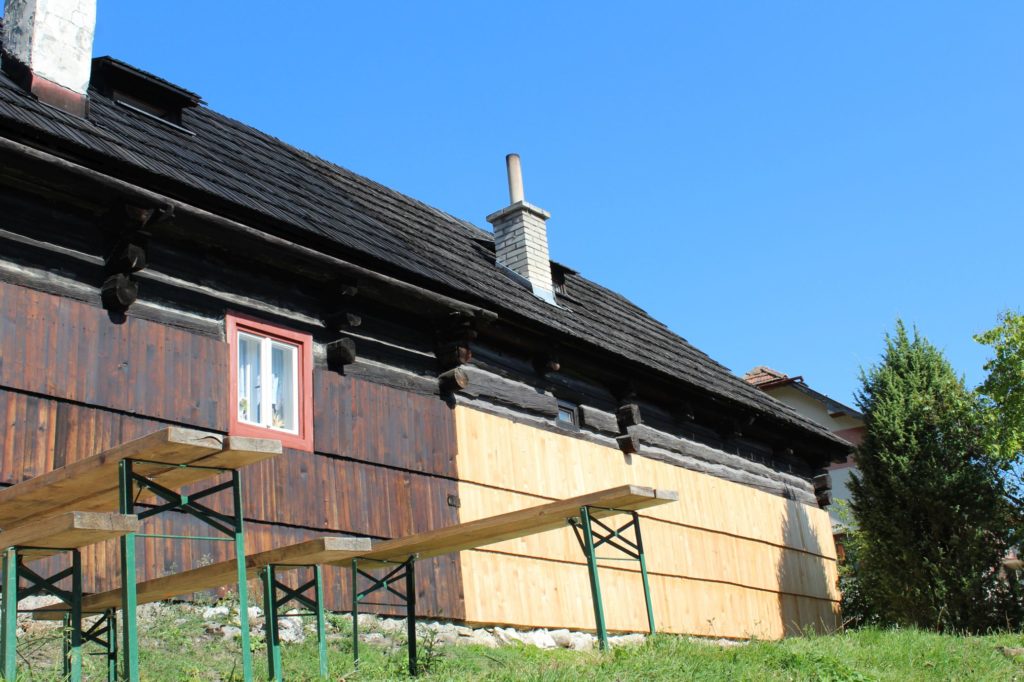