– the houses are situated in the northern section
– house no. 9020 consists of an entrance hall, a storage chamber and a room
– there is a brick granary on the second floor
– the front facade is painted with cream colour paint
– it has a high, stone underpinning
– the front facade has a double, three-panel window
– the entrance to the house is through a wooden door, which is situated on the south side of the house
– it has a saddle, shingle roof with angled shields
– at the top of the front shield, there is a roof window shaped like a cross
– the house consists of a front section made of logs, and a back section, which is made of brick

– the back house, no. 9021, consists of an entrance hall, a storage chamber and a room
– the facades are painted with white paint
– it has a stone underpinning
– it has double, four-panel windows
– it has a saddle, shingle roof
– the front door is made of wooden boards

– the barns are situated at the western periphery of the yard
– both barns are located under the same saddle, shingle roof
– both barns consist of a threshing area (space originally used for manual threshing and cleaning of grain) and a storage area (space originally serving for storage of grain, feed and tools)
– the storage areas are made of logs
– the threshing areas are made of planks
– a part of the building was reconstructed for recreational purposes 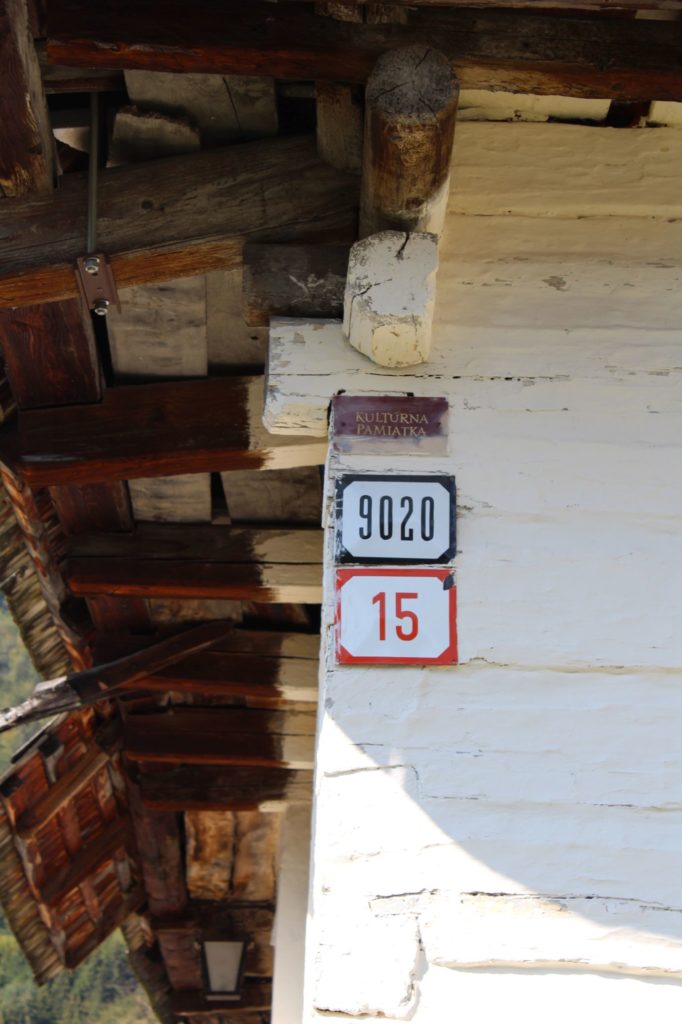 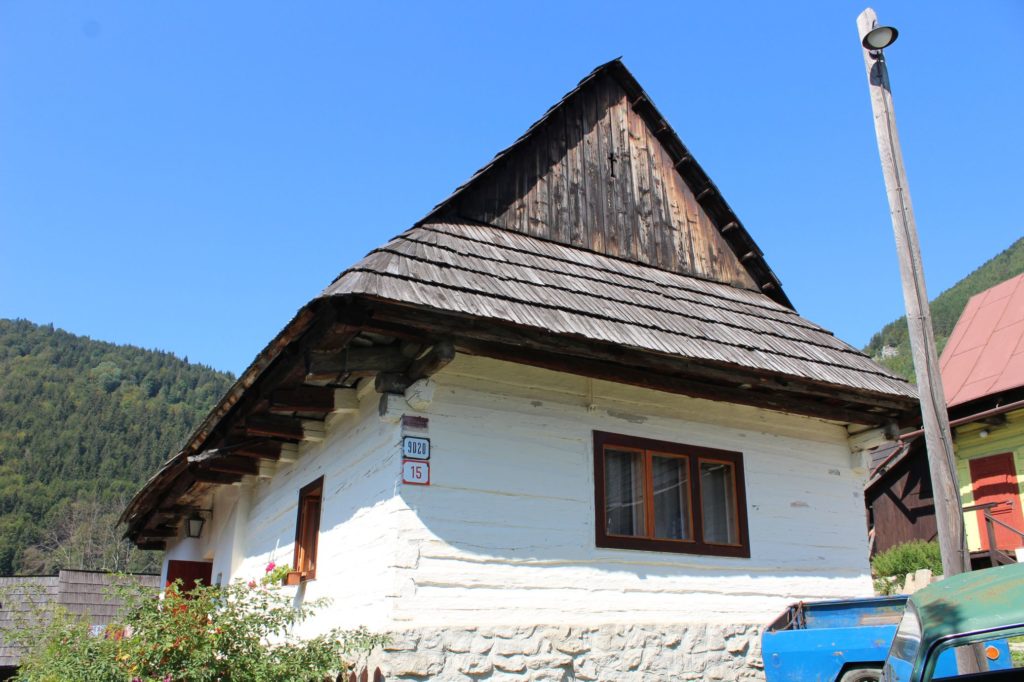 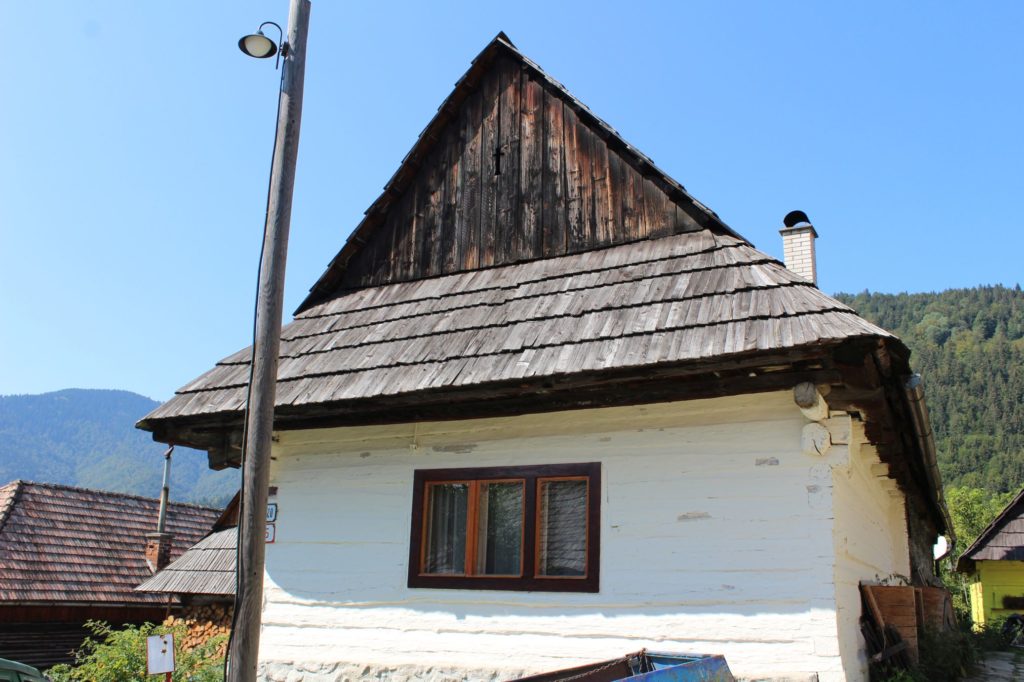 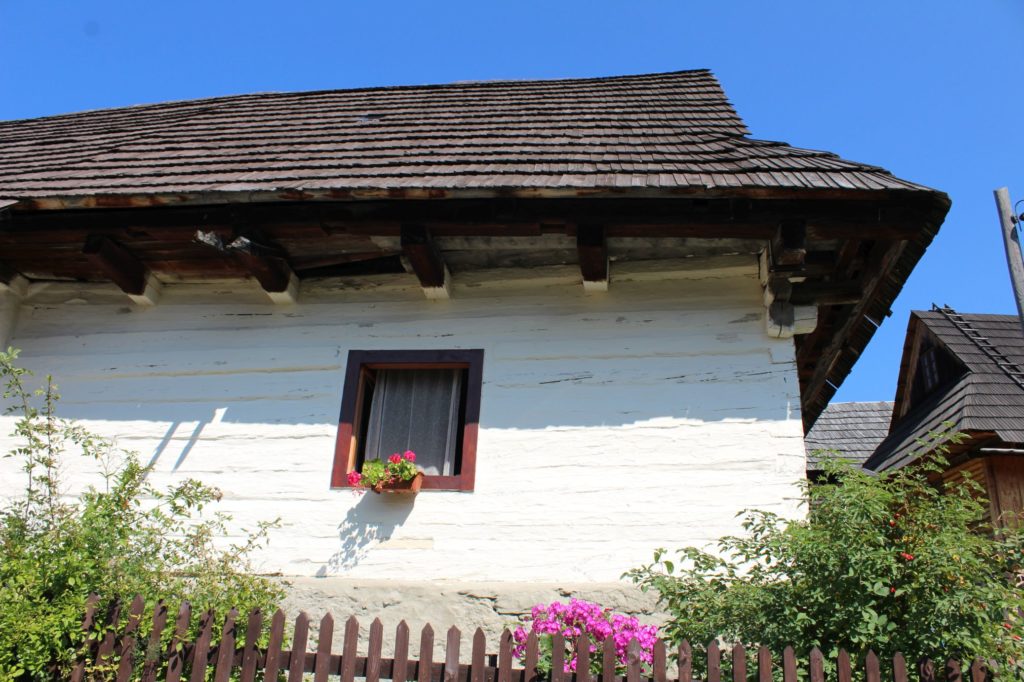 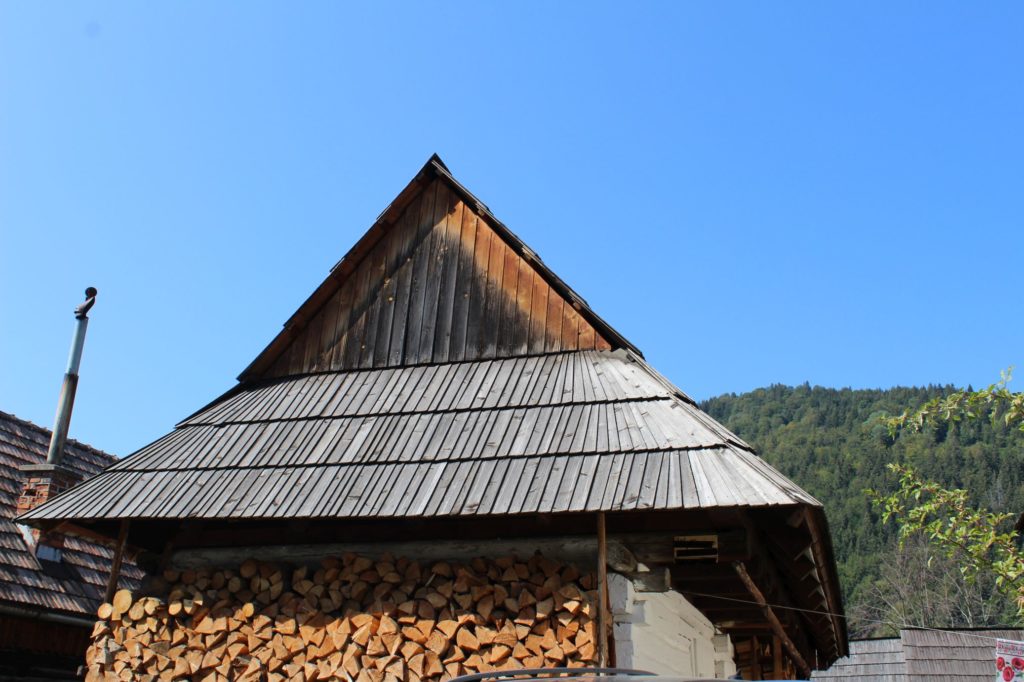 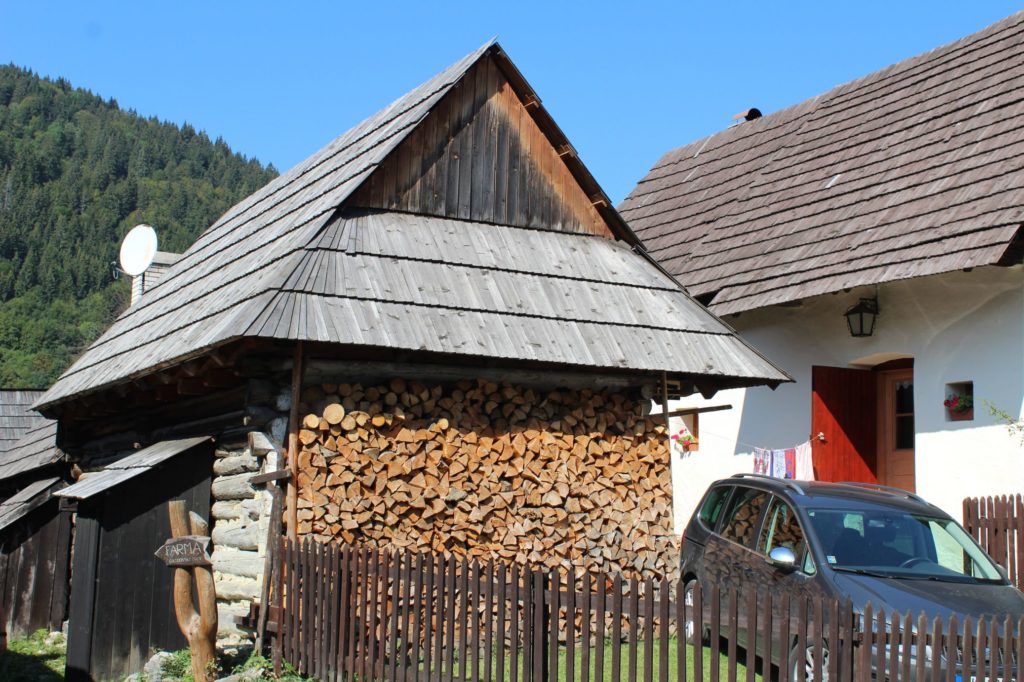 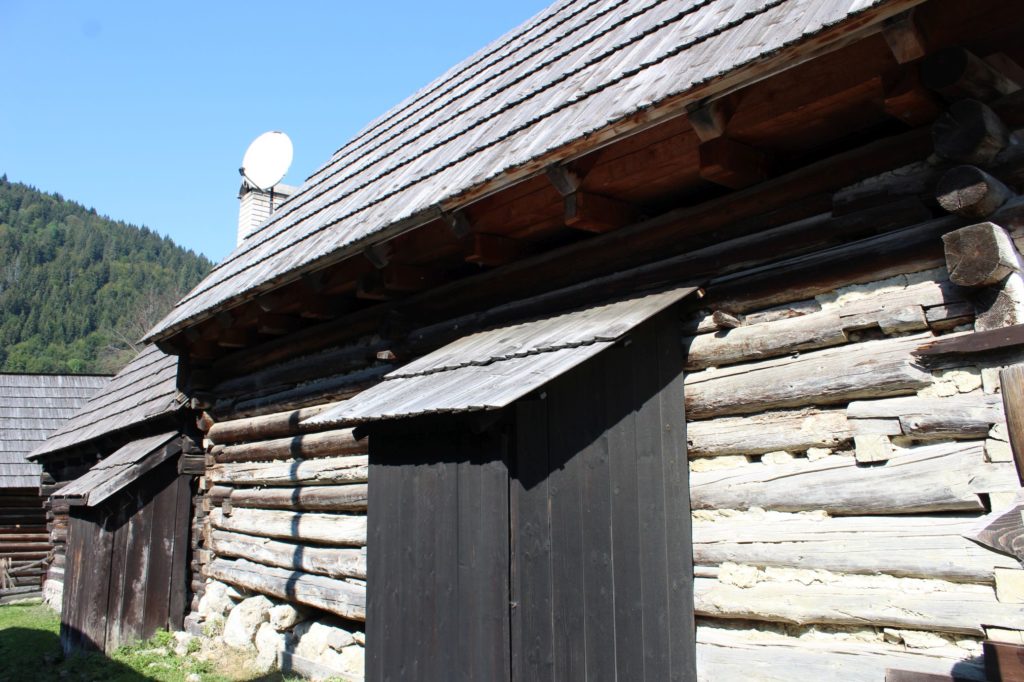 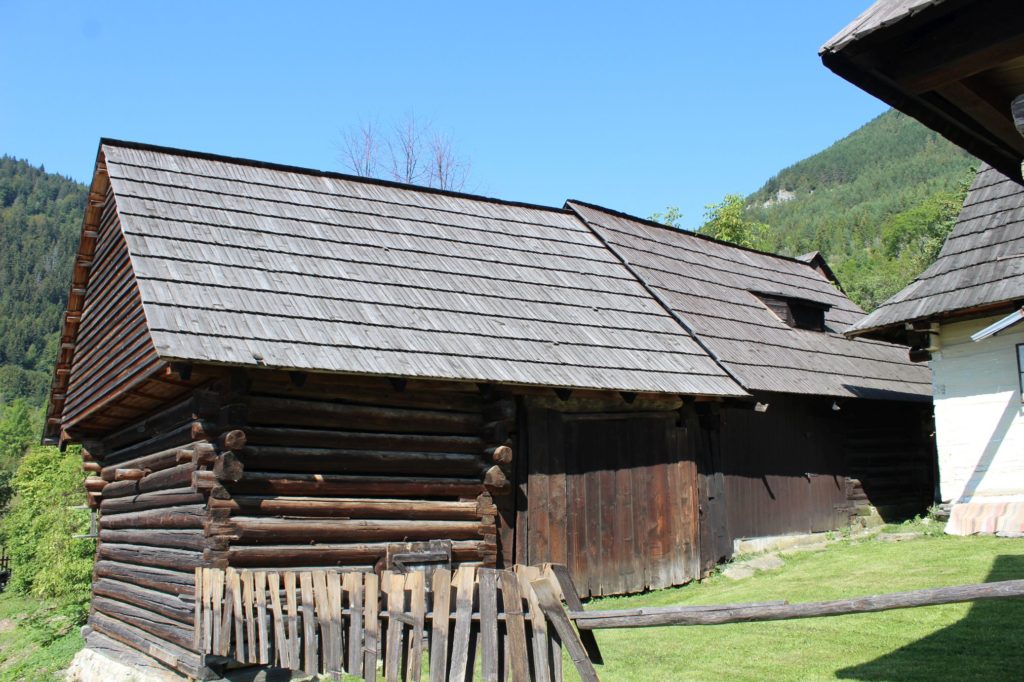 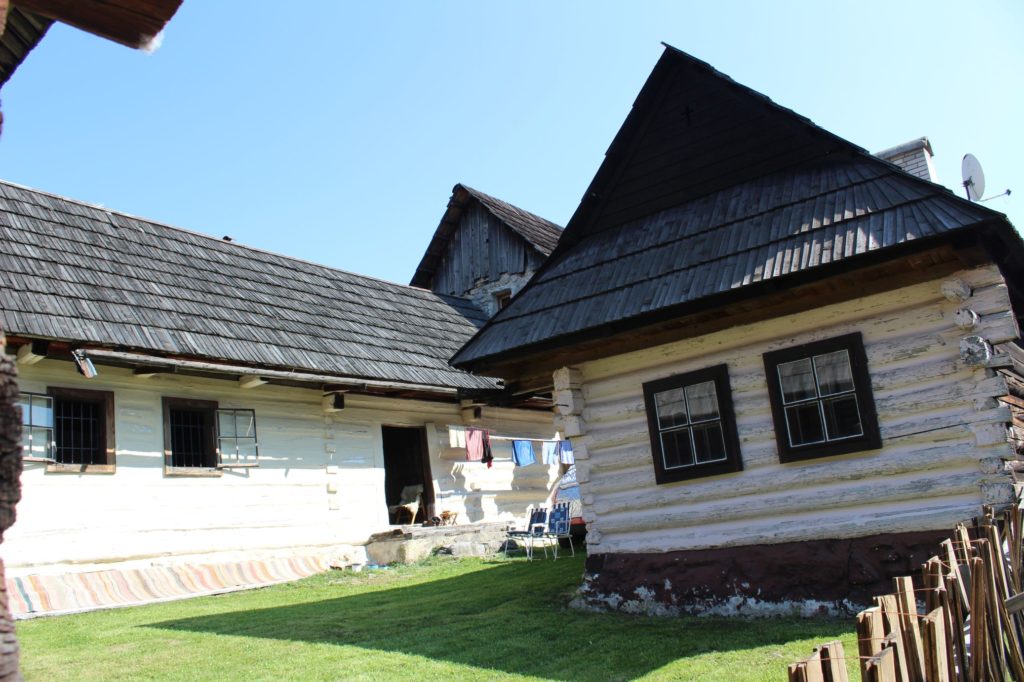 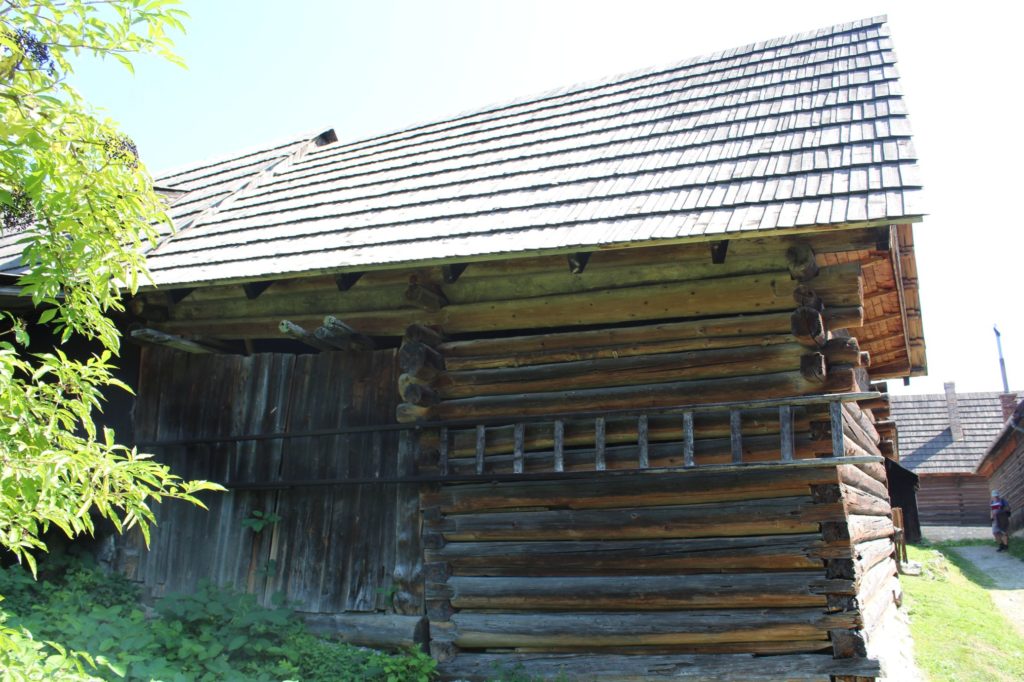 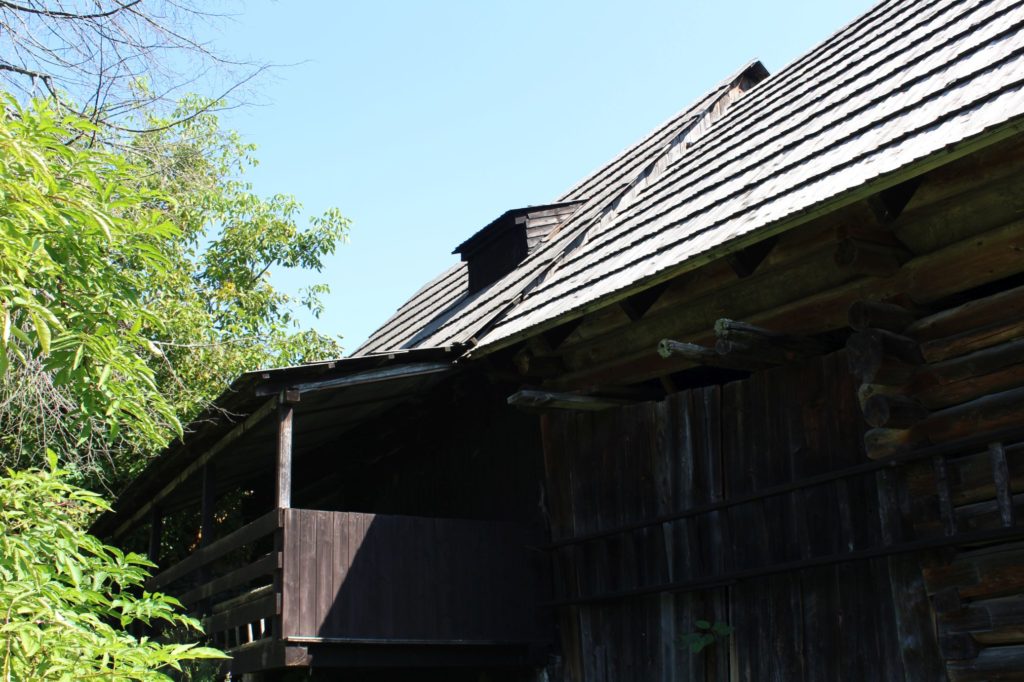 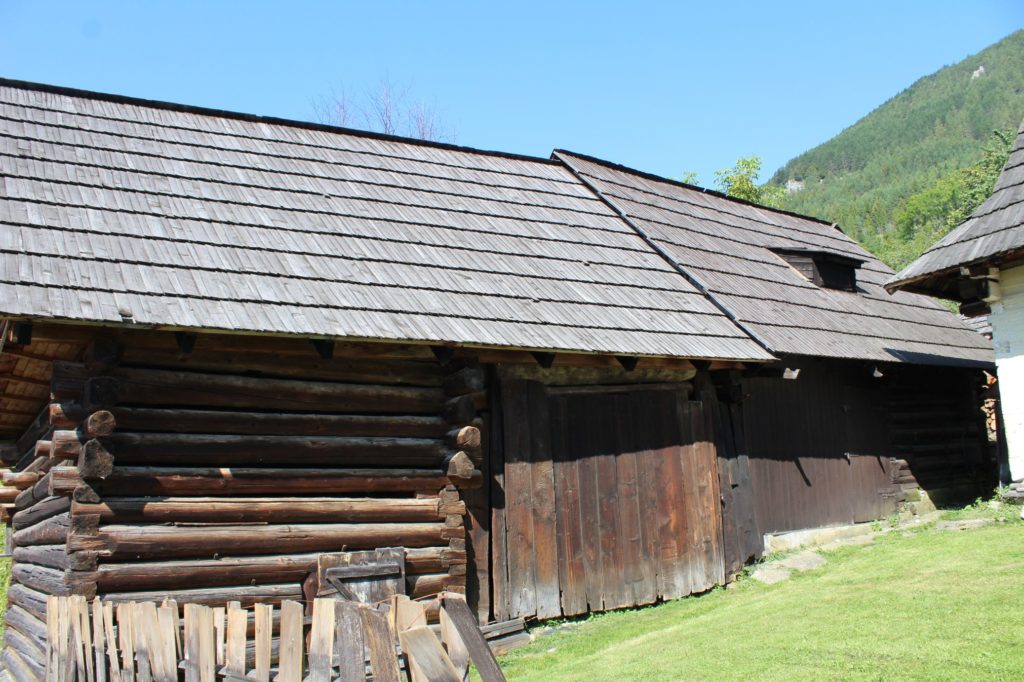 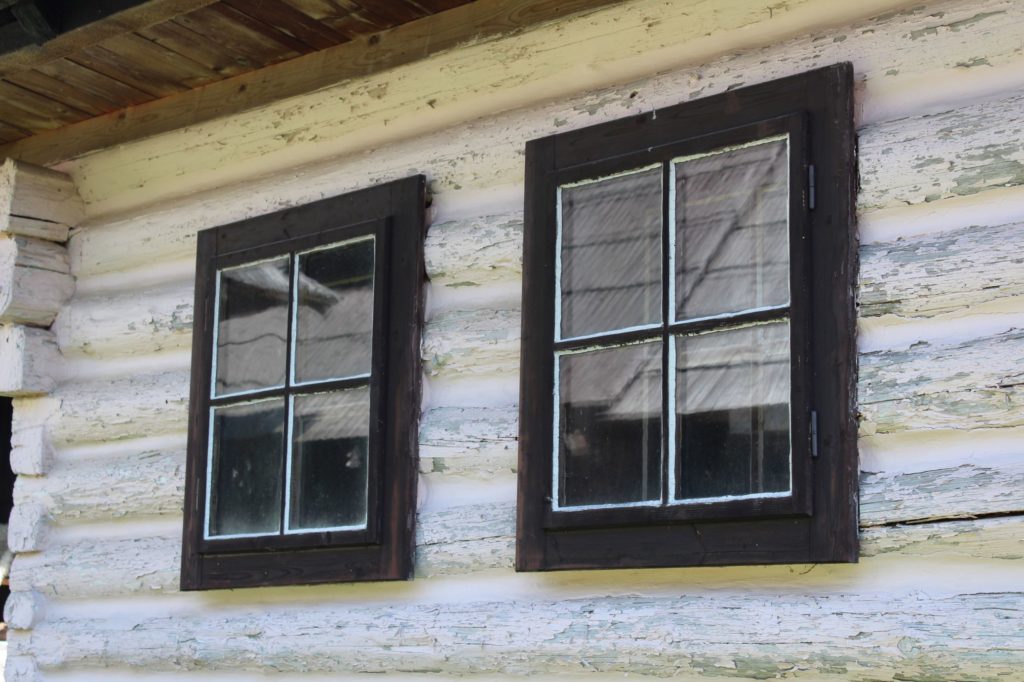 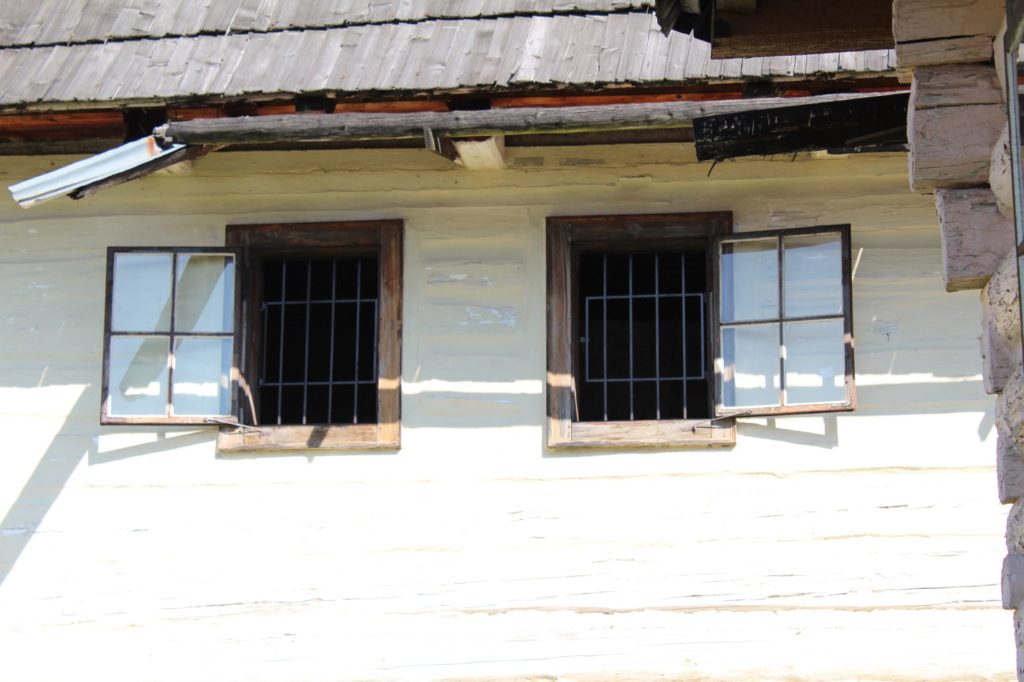