– the house is situated in the centre of Vlkolínec, on the north-west side, near the wooden well
– the traditional house is a national cultural monument registered under number 2850/1

– it is oriented in the east – west direction
– the house consists of an entrance hall, a storage chamber and a room
– there is a wooden shed added to the house on the west side
– the front facade and the yard facade are painted with cream colour paint
– the front facade is east-oriented
– the yard is located south of the house
– it has a stone underpinning
– the front facade has a two-part, triple window
– the yard facade has a double, two-wing, single-panel window and a joined, double, four-panel window
– the entrance to the house is from a concrete rain-control walkway, from a staircase with handrail made of wooden planks
– the handrail has decorative carvings
– from both sides, the staircase leads to a landing, which has two wooden pillars in the corners
– below the landing, there is a storage area, which can be entered through a two-wing door made of wooden planks
– the wooden shed has a separate wooden plank gate
– the house has a saddle, shingle roof with angled shields
– at the top of the front shield, there is a roof window shaped like a cross
– the house has a small front yard separated from the street by a wooden plank fence
– the house has a log structure, the walls of the shed are made of wooden boards
– on the north side of the house, there is a brick chimney 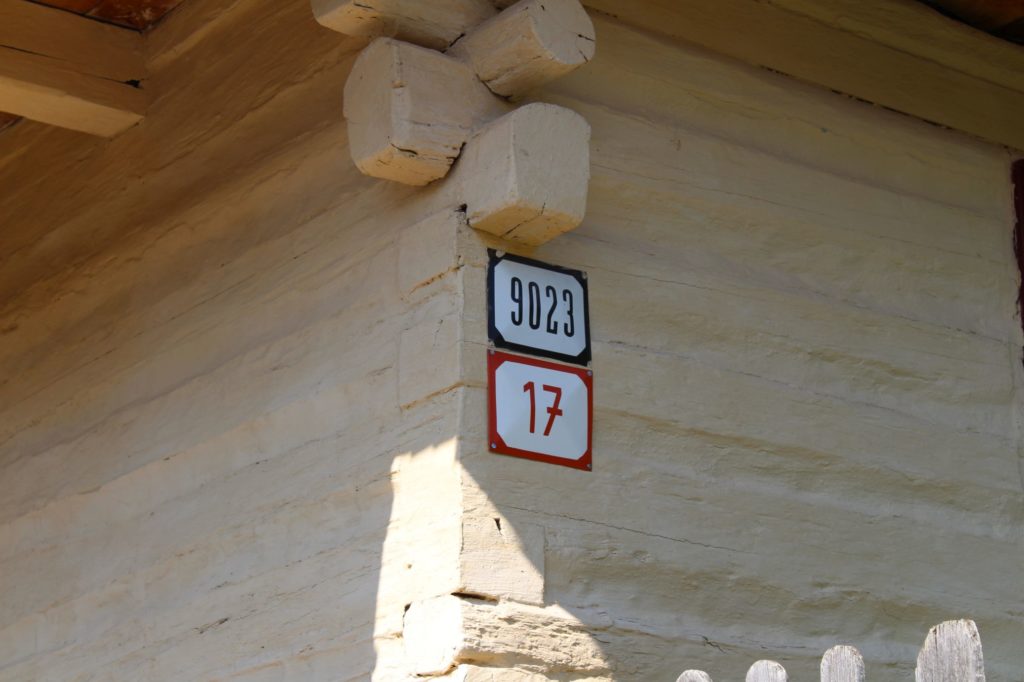 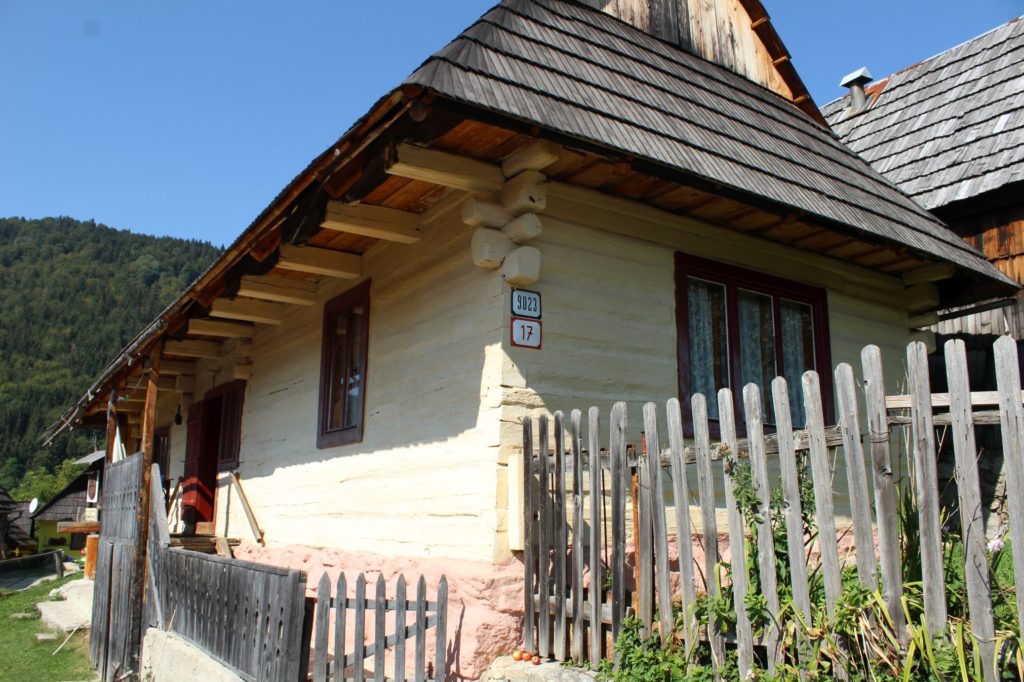 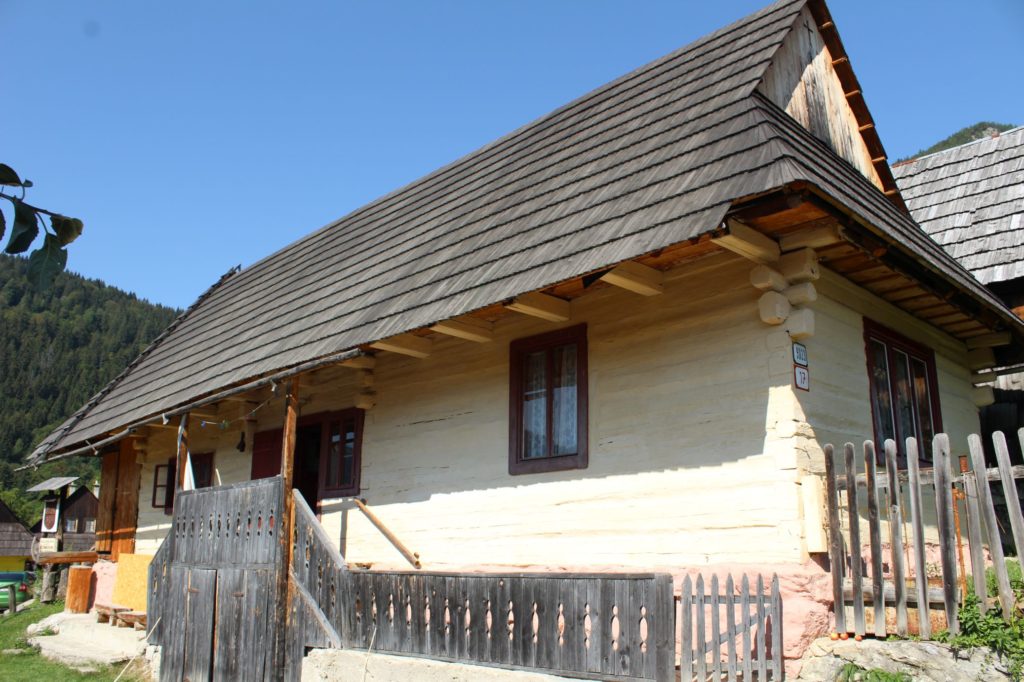 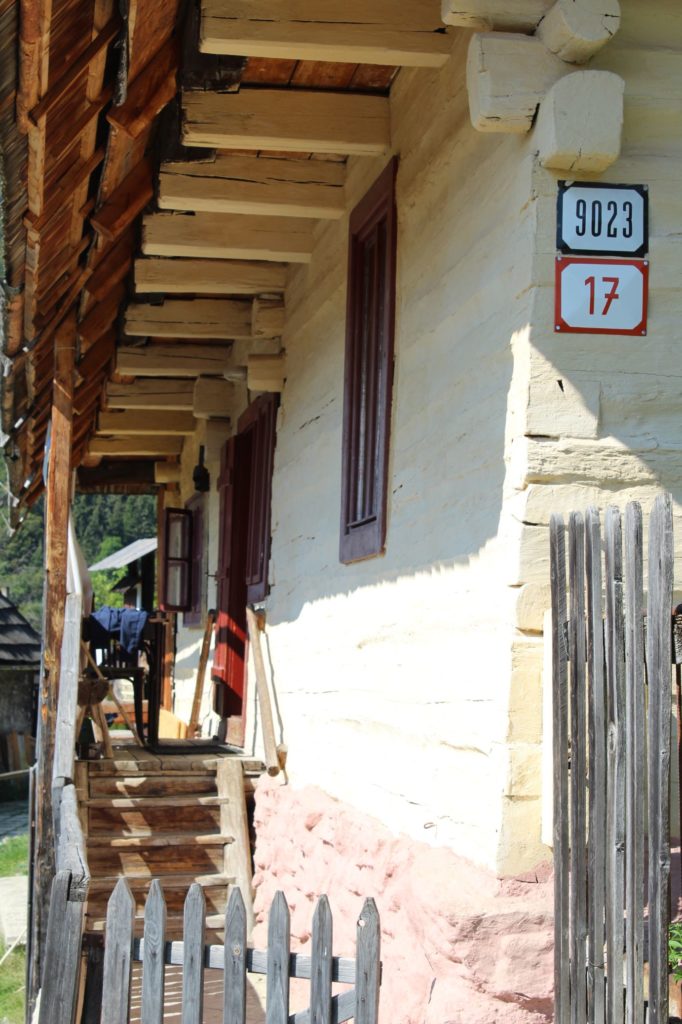 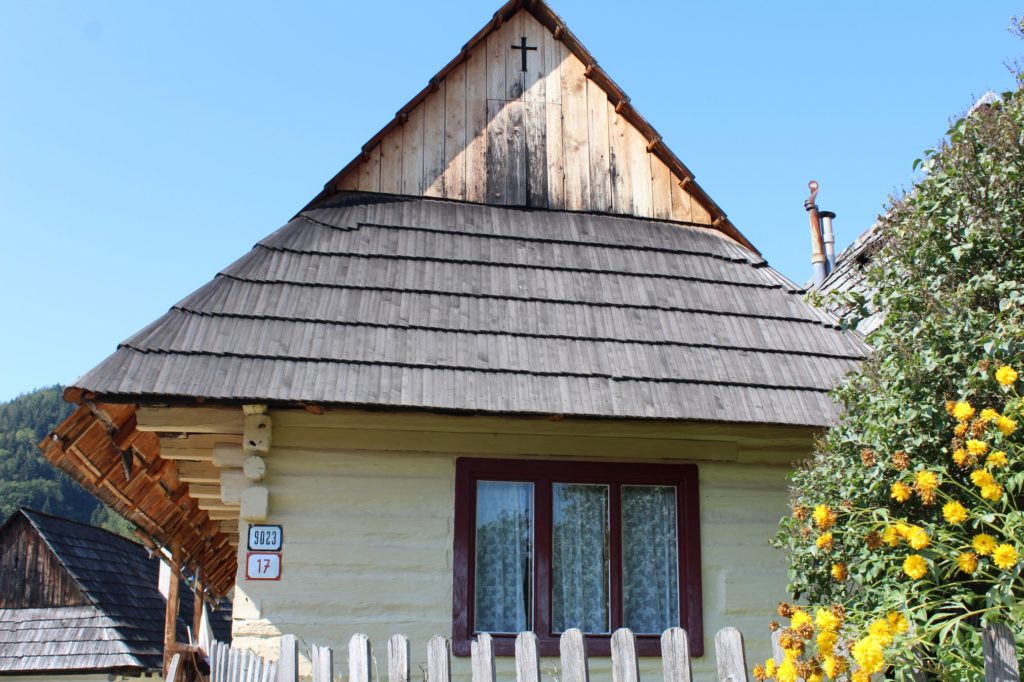 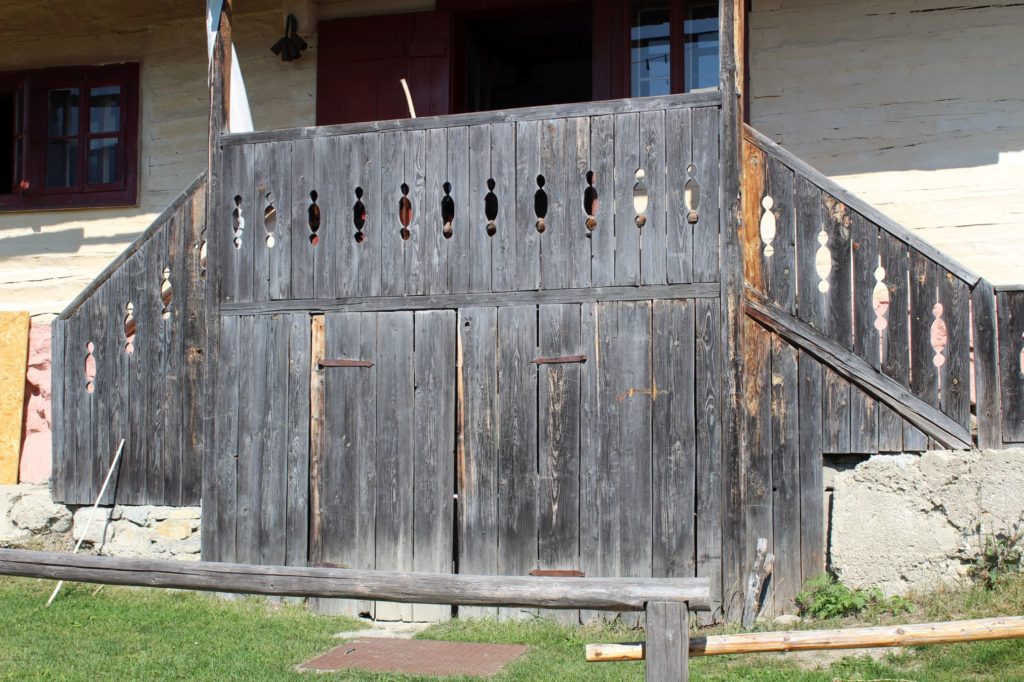 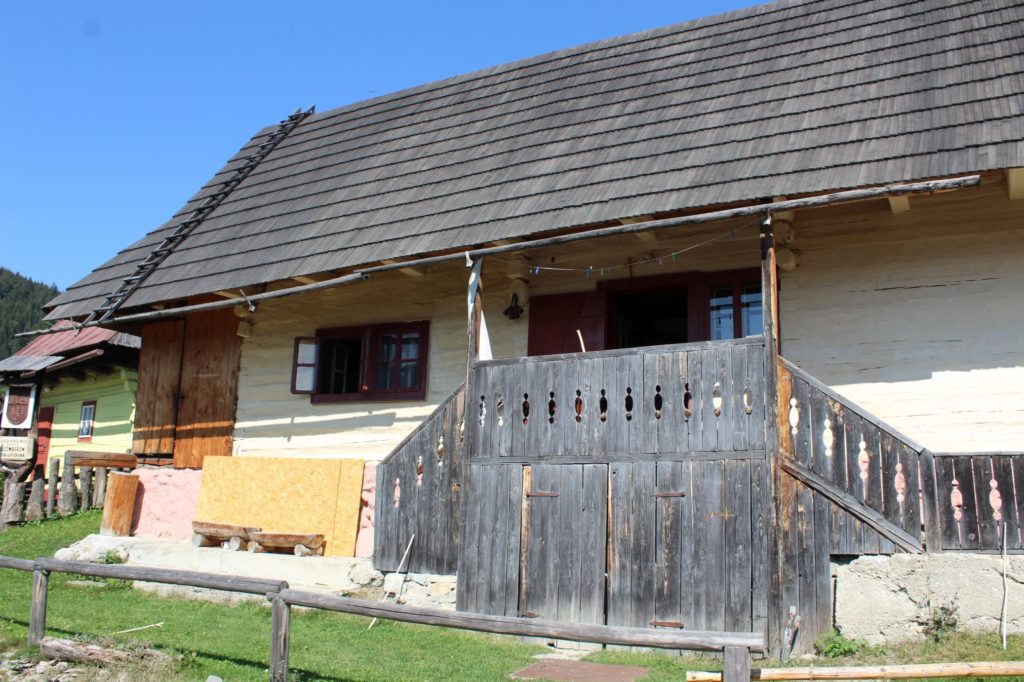 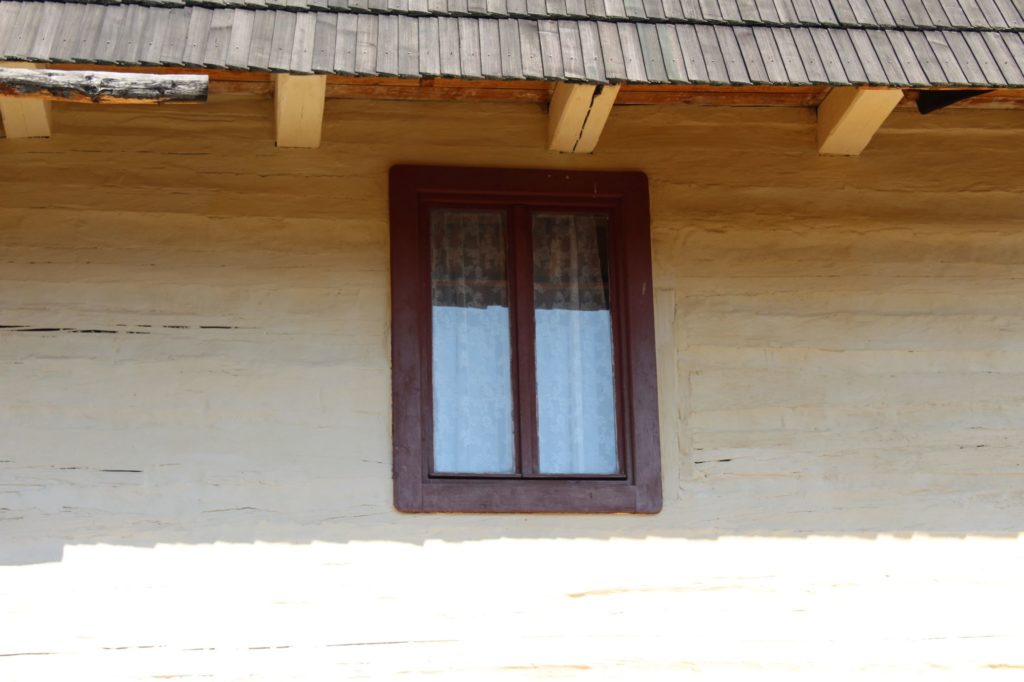 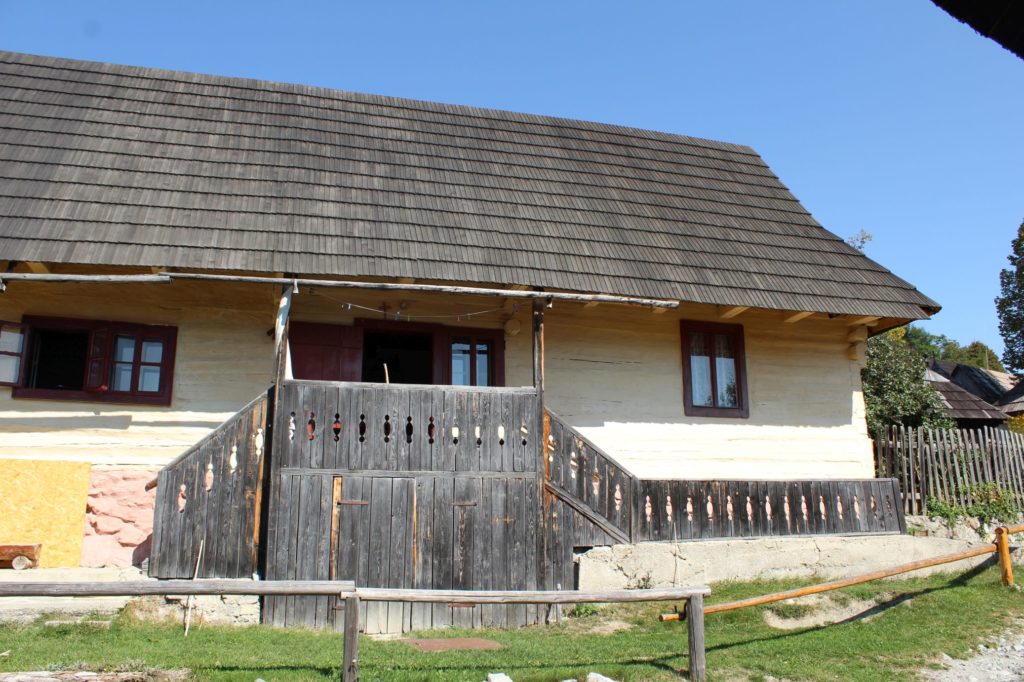 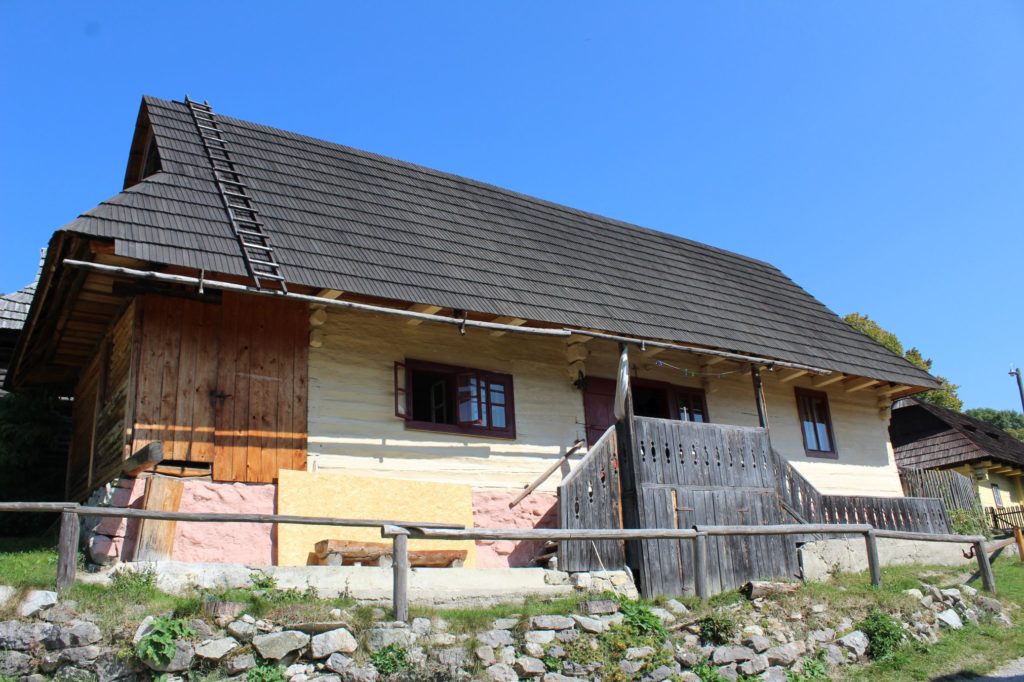 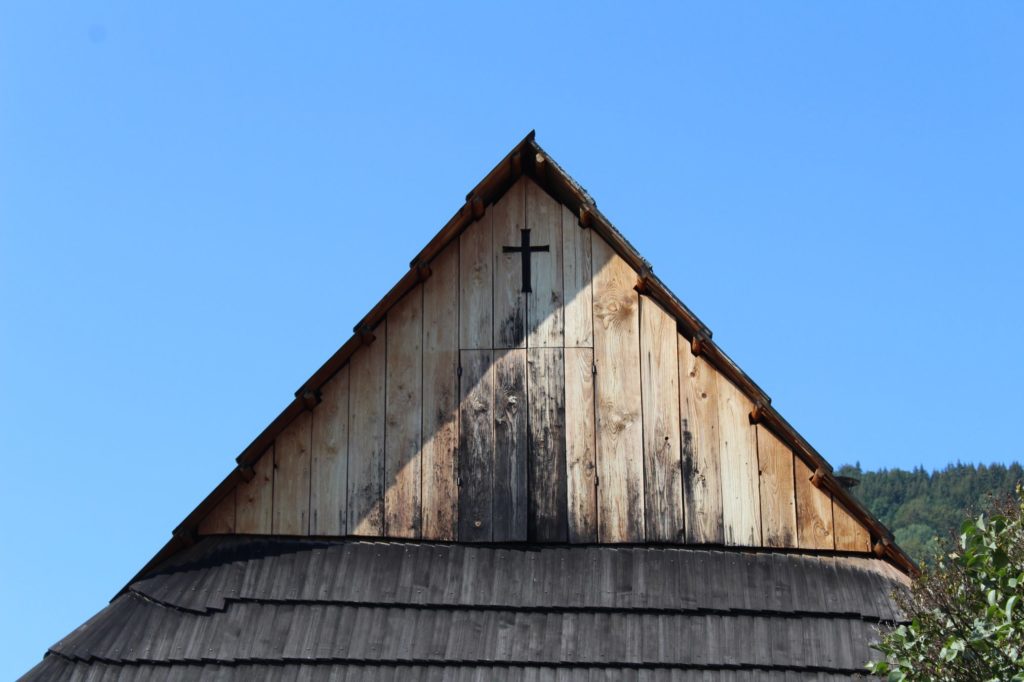 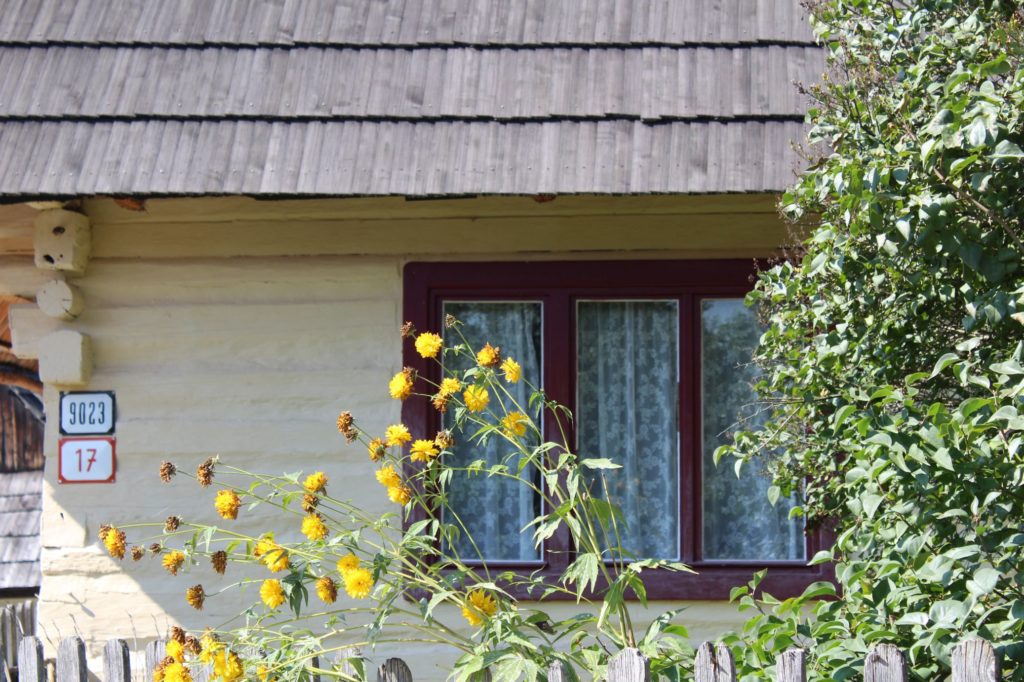 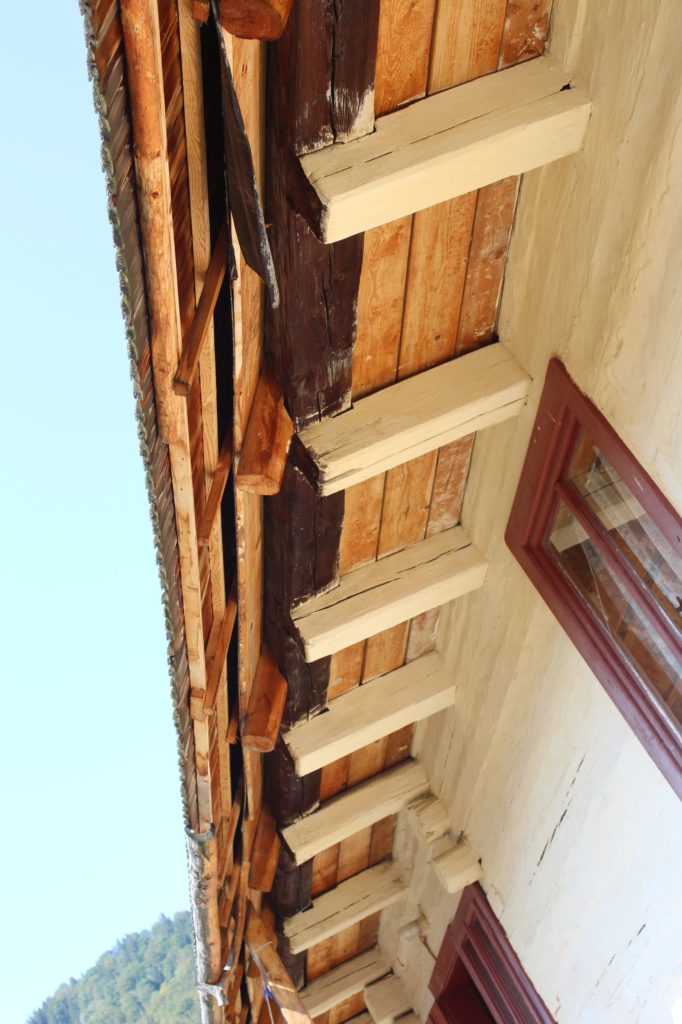