– the house is situated at the lower end of Vlkolínec, on the south-east side of the road
– it was built in 1863
– the traditional house is a national cultural monument registered under number 2839/1

– the house is oriented in the north – south direction
– the house consists of an entrance hall, a storage chamber, a room, and a stable, which is connected to the house
– the north facade and the east facade are coated with clay and painted with yellow paint
– it has a high, stone underpinning
– it has original, double, one-wing, four-panel windows
– it has a saddle, shingle roof with angled shields
– at the top of the front shield, there is a roof window shaped like a cross and a half-circle with a peg
– the back side of the house is made of logs, the gaps are filled in with clay and planks
– on the west side, the house has a brick chimney
– the door to the stable is the original, plank door 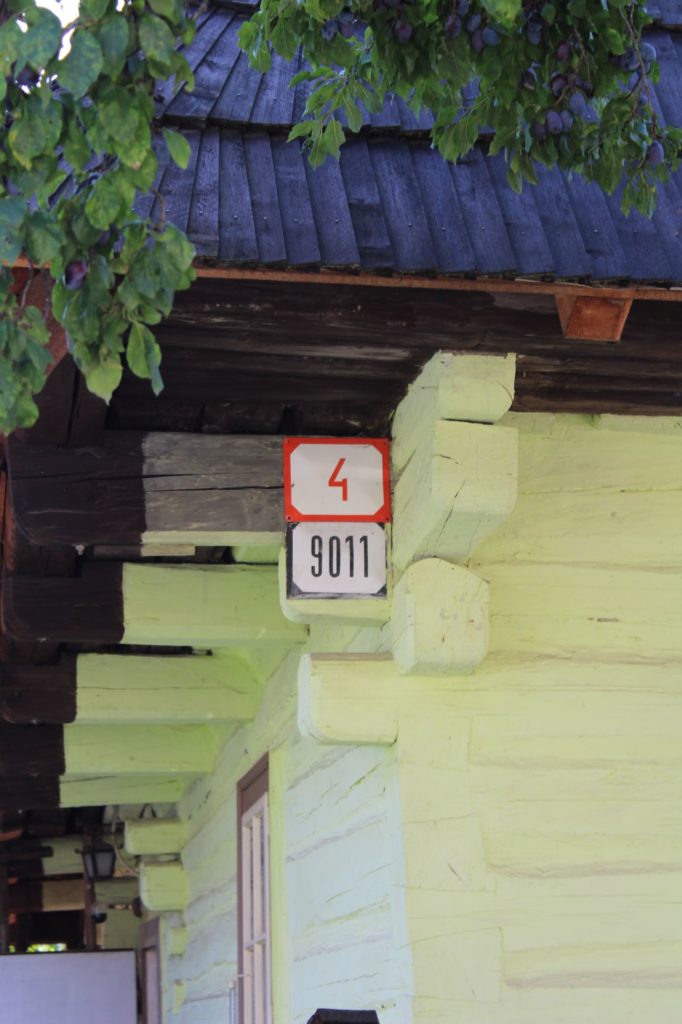 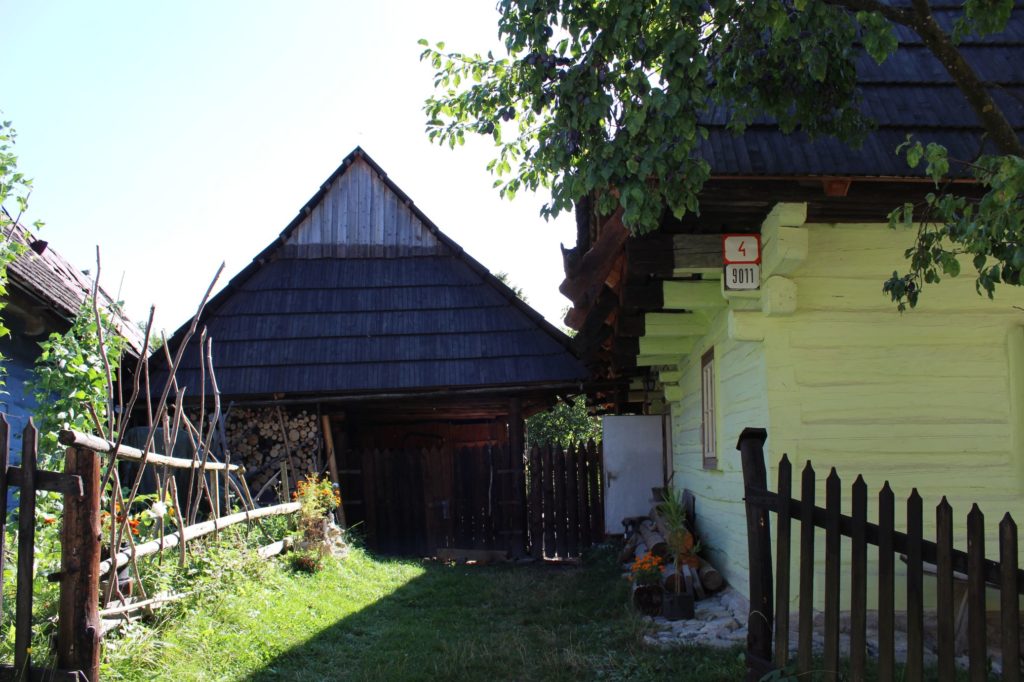 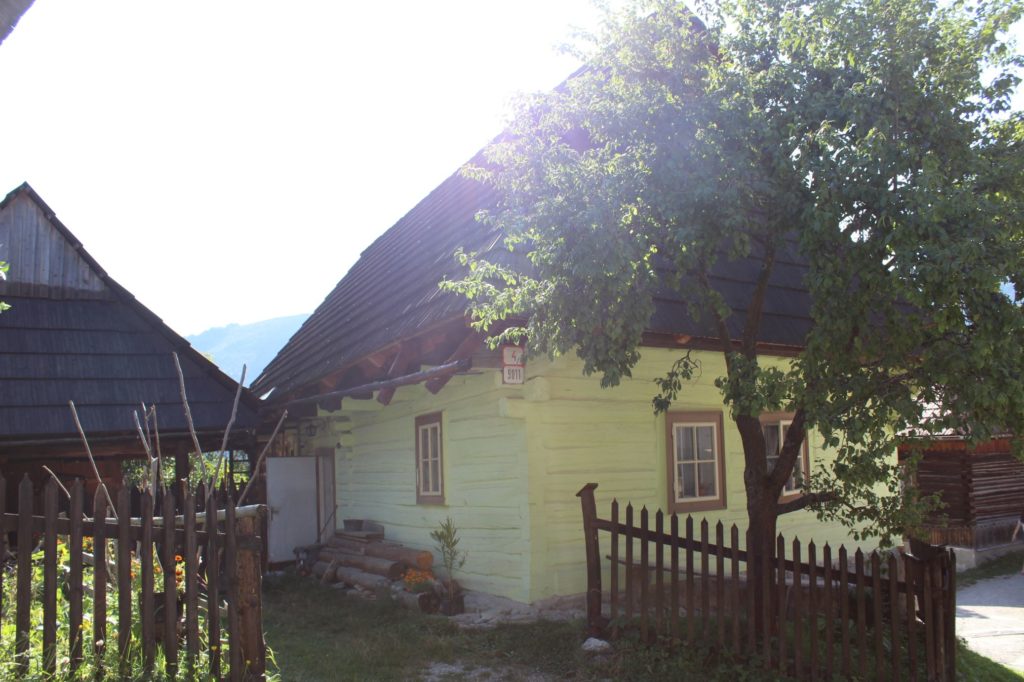 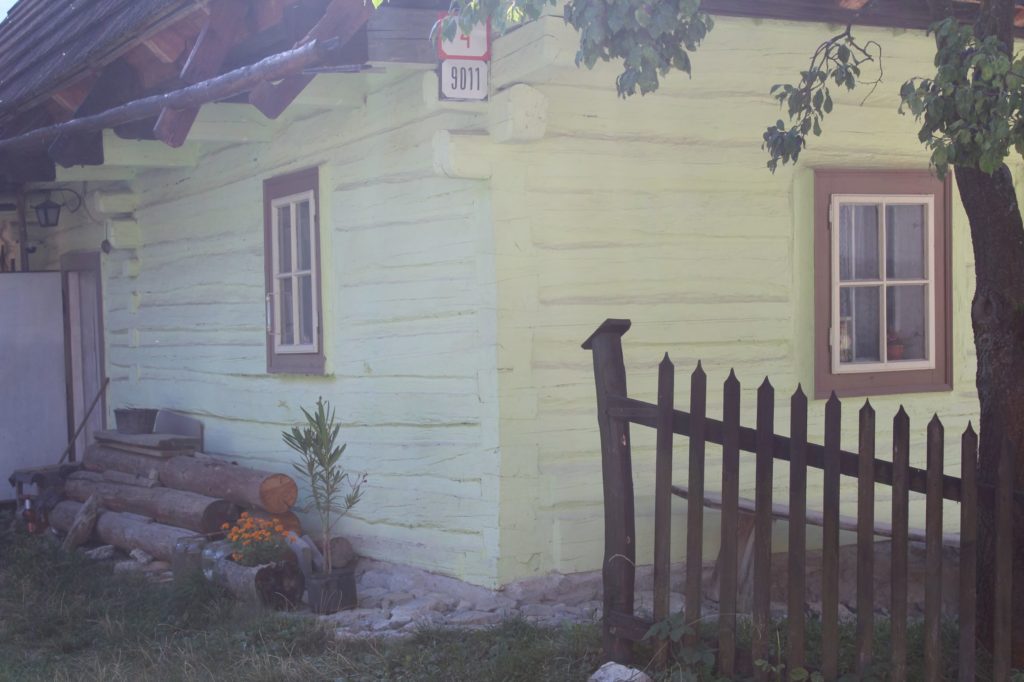 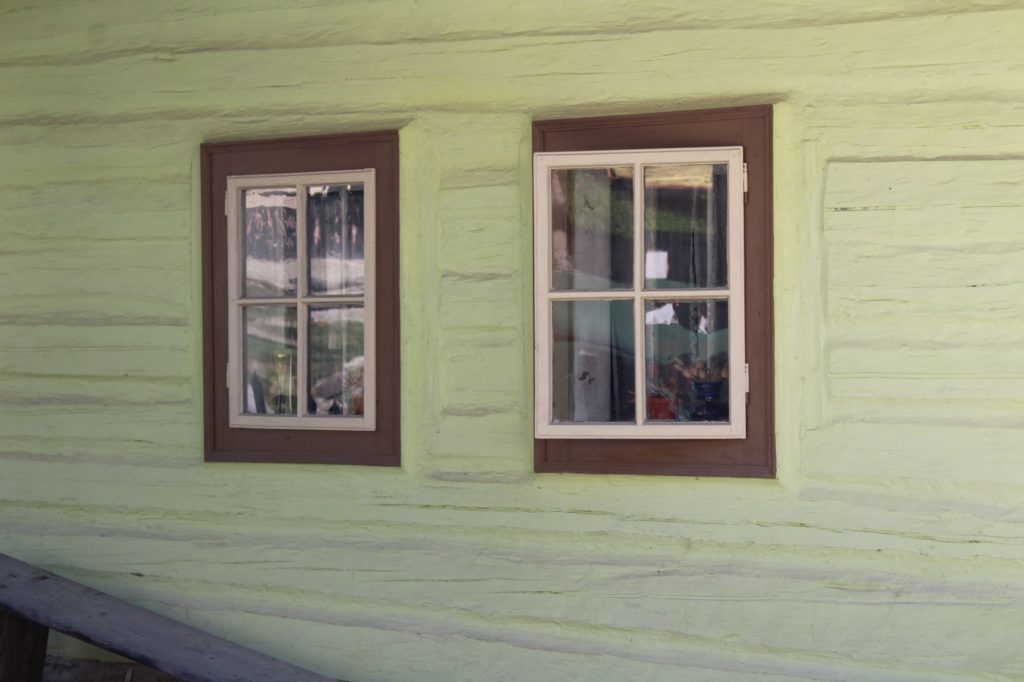 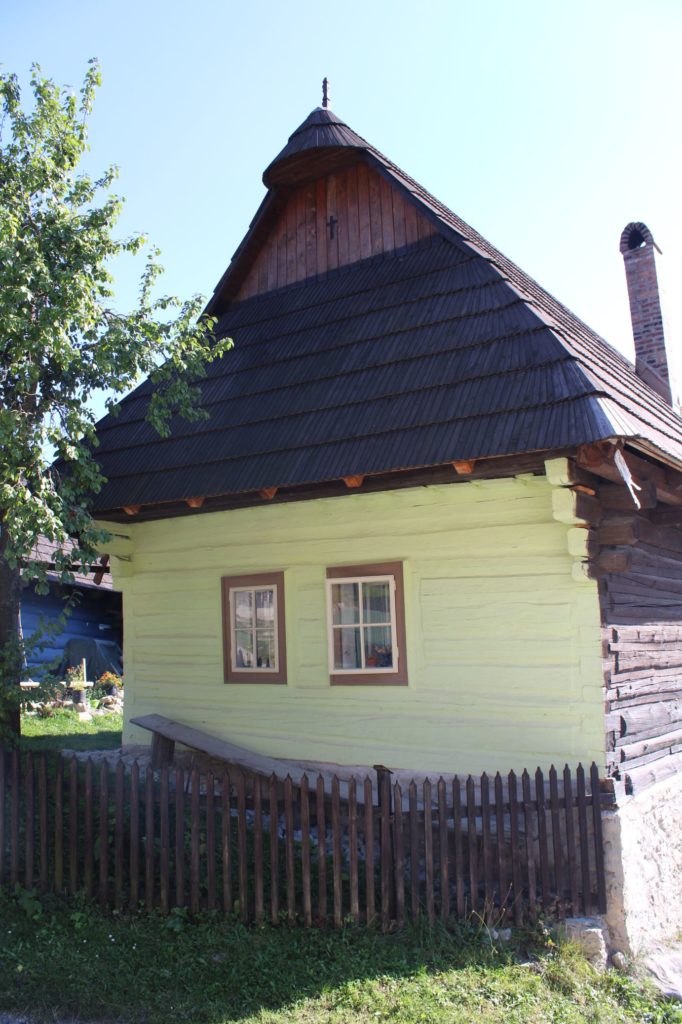 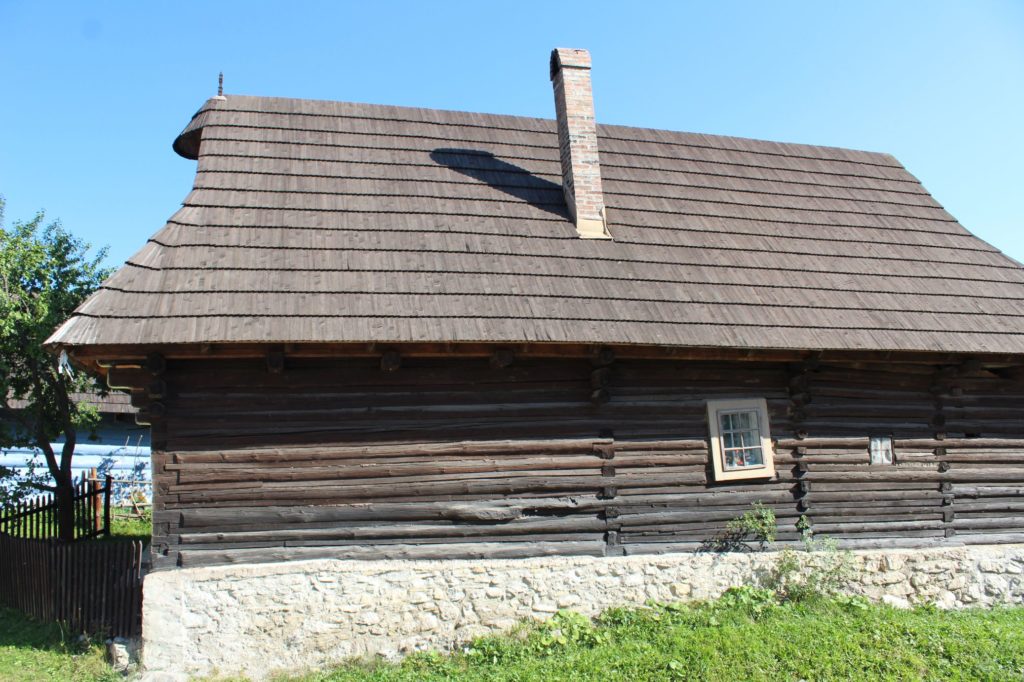 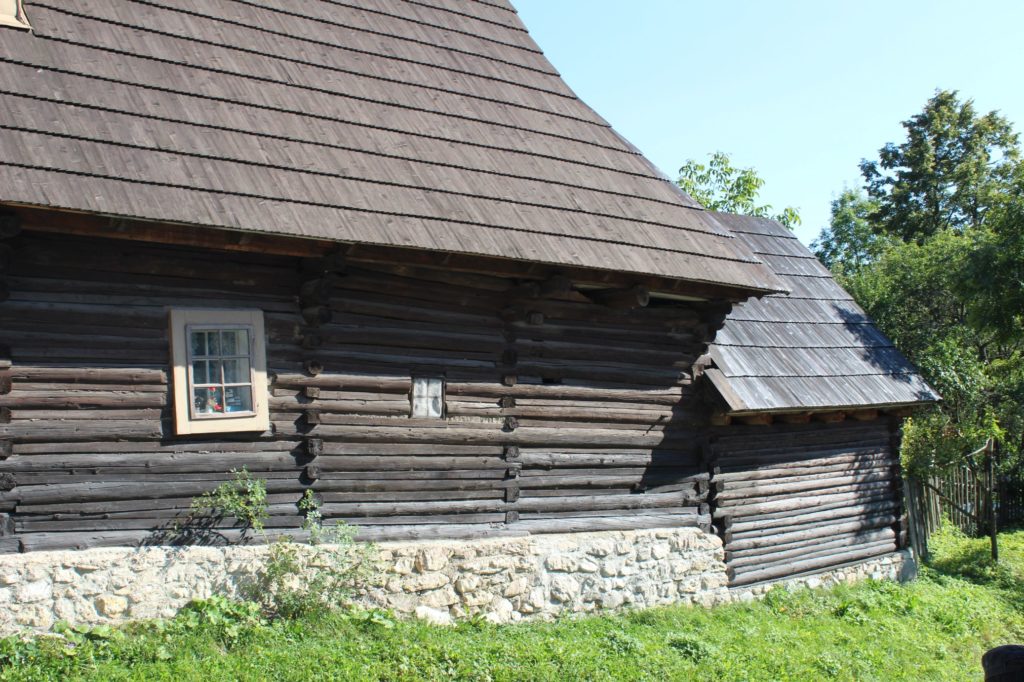 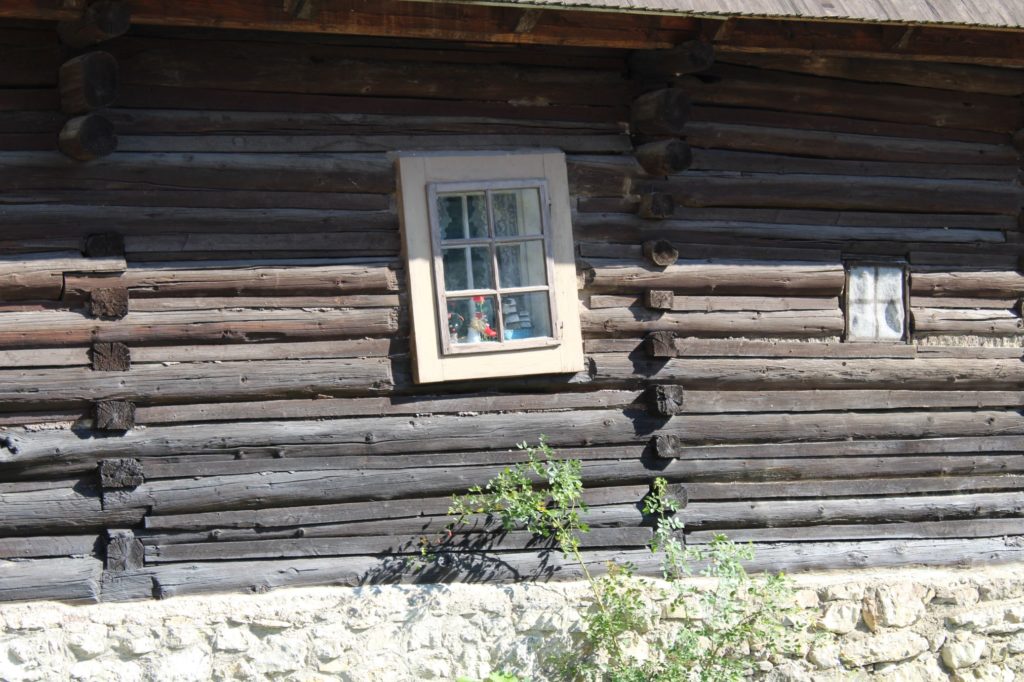 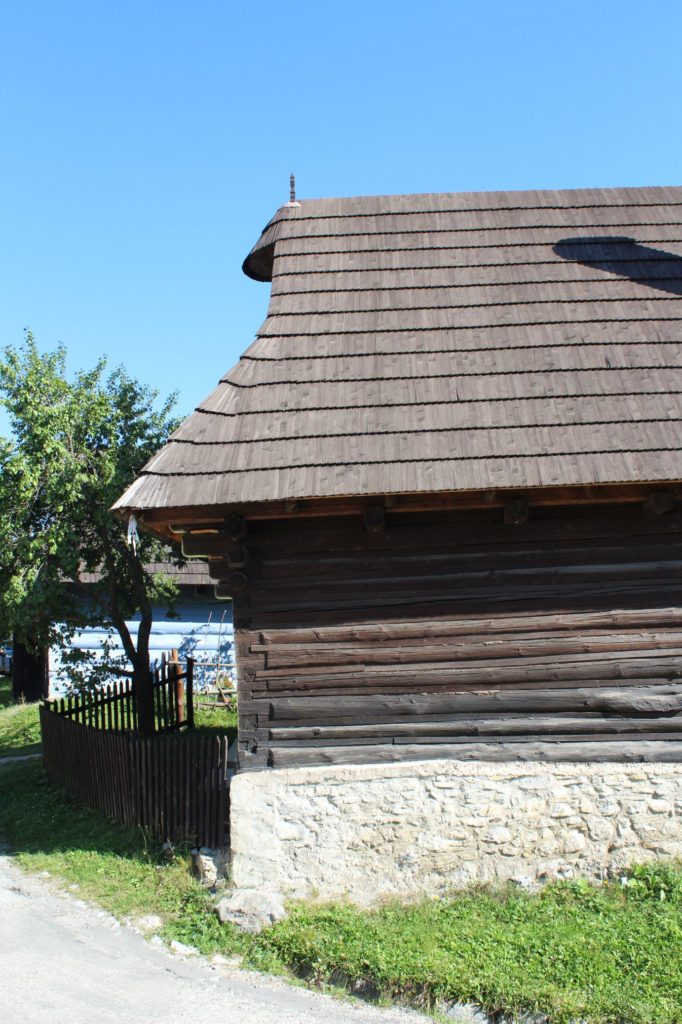 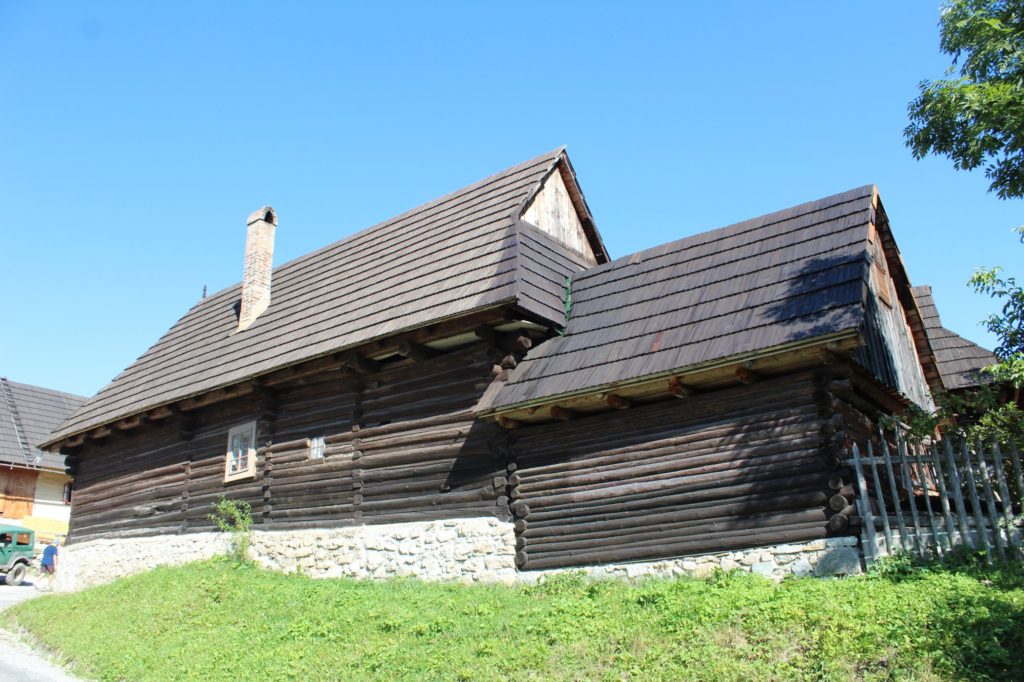